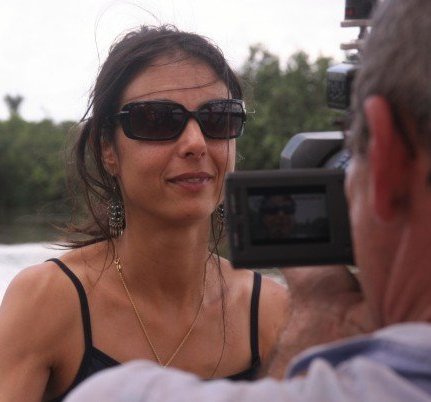 AyasminA Flores is a professional interpreter, translator, legal advocate, and documentarian fluent in six languages, whose lifelong passion for people and travel is dovetailed with her longstanding interest in spirit medicine from around the world.

Over the past many years, AyasminA’s focus has been on South American naturopathy, in particular the traditions and techniques of Amazonian plant medicine known as vegetalismo.  In Peru, Canada, and the US, she has served as interpreter, facilitator, participant, and organizer for several seminars, retreats, and conferences on this subject.

One of her main contributions in the area of natural medicine is in providing advice, information, education, advocacy, and strategy on the subject of freedom of conscience, indigenous rights, medical ethics, and the de-regulation of sacramental and therapeutic plants.  AyasminA, in collaboration with Thomas McKinnon and Len Cler Cunningham completed a two-part radio documentary entitled “In Search of the Divine Vegetal”, which explores the nexus of Western and Indigenous cosmologies in relation to plant intelligence, and which was met with considerable interest and acclaim when it aired worldwide on the CBC Radio program “Ideas”