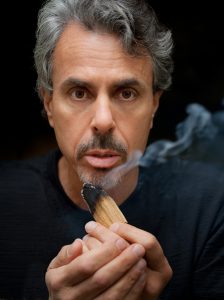 Chris Kilham, known globally as The Medicine Hunter, conducts research on beneficial plants around the world. He is the author of fifteen books,including The Ayahuasca Test Pilots Handbook, The Essential Guide to Ayahuasca Journeying. Chris has practiced and taught yoga and meditation for since 1970, has worked and studied with South American shamans since 1993, and is deeply involved in the ceremonial use of ayahuasca. Chris is an accomplished body surfer, a former diplomat, an honorary chief in the South Pacific, a traditional fire walker, and holds the name Maxipe (Black Vulture) among the Macuxi indians of northern Brazil. Chris and his wife Zoe Helene live in western Massachusetts. Chris appears on hundreds of TV programs globally, and is the FOX News Medicine Hunter, broadcasting in 100 countries. CNN calls him “The Indiana Jones of natural medicine.”