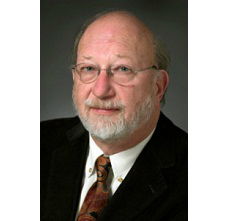 Dennis McKenna’s professional and personal interests are focused on the interdisciplinary study of ethnopharmacology and plant hallucinogens. He received his doctorate in 1984 from the University of British Columbia, where his doctoral research focused on ethnopharmacological of ayahuasca and oo-koo-he. He joined Shaman Pharmaceuticals as Director of Ethnopharmacology in 1990, and relocated to Minnesota in 1993 to join the Aveda Corporation as Senior Research Pharmacognosist.

Dr. McKenna joined the faculty of the Center for Spirituality and Healing at the University of Minnesota in 2001. He is a founding board member of the Heffter Research Institute and serves on the advisory board of non-profit organizations in the fields of ethnobotany and botanical medicines. He was a key organizer and participant in the Hoasca Project, an international biomedical study of ayahuasca used by indigenous people and syncretic religious groups in Brasil. He recently completed a project, funded by the Stanley Medical Research Institute, to investigate Amazonian ethnomedicines for the treatment of schizophrenia and cognitive
deficits.

Dr. McKenna is one of our strongest advocates on behalf of the entheogenic plant medicines and is often called upon to speak at related conferences and symposia. He also has a recent memoir The Brotherhood of the Screaming Abyss: My Life with Terence McKenna