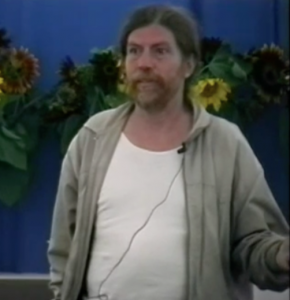 Using Entheogens with Integrity: Problems, Pitfalls, & Possibilities – Panel Discussion Don Blaikie has been about as steeped and processed as anyone in the Earth and Spirit Don Blaikie Bio Picwisdom worldview of Native North American understanding. He has been working with indigenous ways since 1974 and became involved with the peyote road of the Native American Church (NAC) in 1976. After 10 winters living in a Native community in New Mexico, Don was given a fireplace—the lineage transmission to lead ceremonies himself. Since the mid 1980s Don has been a roadman, or ceremony leader, in the NAC and has led countless peyote prayer and sweat lodge ceremonies. Don’s whole life has revolved around the Earth and Spirit connected understanding so badly needed on this planet. Included in a resumé too long to list here, he has been actively involved with organic and sustainable farming, worked with at-risk youth, made and sold ceremonial accessories and emergency preparedness supplies, and traveled several times to Nicaragua to help indigenous people reconnect to lost traditional practices.