April Liu is a researcher, writer, and community organizer who has worked with Indigenous 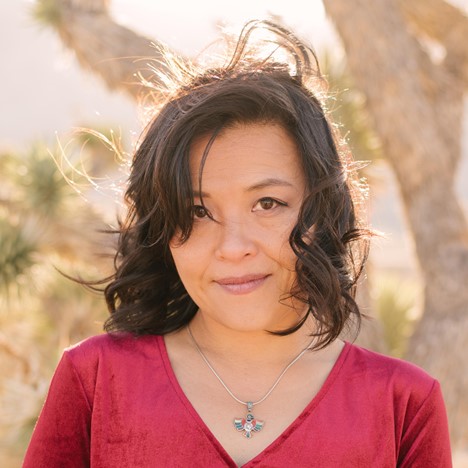 communities around the world to raise awareness of traditional and plant-based healing practices. She has led fundraising efforts to protect Indigenous land claims in the Ecuadorian Amazon and organized a wide range of cultural initiatives throughout Asia, North America, and South America. She served as a lead coordinator for His Holiness the Dalai Lama’s visit to Vancouver in 2014 and as an expert consultant for UNESCO’s Intangible Cultural Heritage
section in 2016. As the Curator of Public Programs and Engagement at the UBC Museum of Anthropology (2016-2018), she organized numerous events, festivals, and outreach initiatives focused on intercultural arts and environmental justice. Her media projects have been featured on
CBC Gem, CBC Arts, CBC Radio Canada, Guangzhou Radio and TV, and Chinese National Radio (CNR). April is currently working with filmmaker Ana Carrizales to produce a documentary focused on women’s voices in the world of psychedelic medicines.

April received a Cosmic Sister Women of the Psychedelic Renaissance Award in support of this presentation. Thank you Cosmic Sister (@CosmicSister).