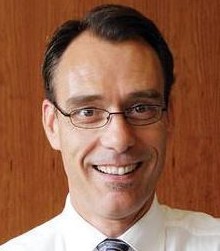 Gerald Thomas is an Associate with the Canadian Centre on Substance Abuse in Ottawa and a Collaborating Scientist with the Centre for Addictions Research of BC. He received his Ph.D. in political science from Colorado State University in 1998 and has worked in the area of Canadian addiction policy since 2004.

He served on the secretariat of the National Alcohol Strategy Working Group which created Canada’s first National Alcohol Strategy in 2007, and he completed a three part series on alcohol pricing policies for the Canadian Centre on Substance Abuse in 2012. Most recently he collaborated with the Chief Medical Officer of Health in BC, Perry Kendall, on Lower the Stakes: A Public Health Approach to Gambling in BC in 2013.

He lives with his family in Summerland, British Columbia, where he enjoys a variety of outdoor pursuits including mountain biking and windsurfing.