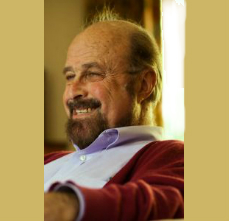 James Fadiman B.A. (Harvard) M.A., Ph.D. (Stanford) His dissertation was on the effectiveness of LSD-assisted therapy. He has held a variety of teaching consulting, training, counseling and editorial positions. He has taught in psychology departments at Brandeis and San Francisco State, design engineering at Stanford, and for the past three decades, at Sofia University/ Institute of Transpersonal Psychology that he co-founded. He has written textbooks, professional books, a self-help book, a psychedelic novel ( The Other Side of Haight), and a series of videos, Drugs: The Children Are Choosing for National Public Television. His books have been published in 8 languages.

He has been the subject of a one hour documentary, featured in a National Geographic documentary and had three solo shows of his nature photography. He had his own consulting firm, and sits on two non-profit boards as well as having been the president of several small natural resource companies. He has been involved in researching psychedelic for spiritual, therapeutic and creative uses since the 1960’s. He has recently published The Psychedelic Explorer’s Guide: Safe, Therapeutic, and Sacred Journeys.