“Mapping the Mysto: Towards an Integrated Theory of High Weirdness”

Jamie Wheal is the author of Recapture the Rapture: Rethinking God, Sex and Death In a World That’s Lost Its Mind and the global 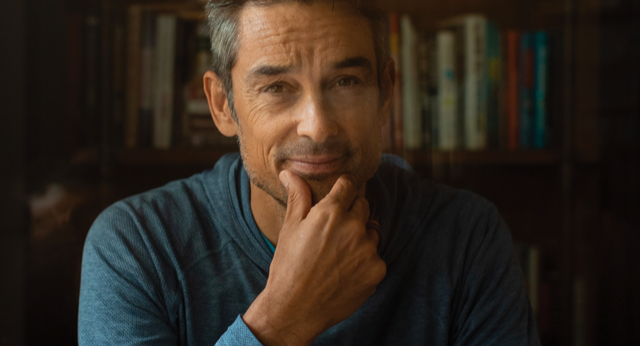 bestseller Stealing Fire: How Silicon Valley, Navy SEALs, and Maverick Scientists Are Revolutionizing the Way We Live and Work and the founder of the Flow Genome Project, an international organization dedicated to the research and training of human performance.

He lives on the Colorado River with his wife Julie, their two kids Lucas and Emma, and a righteous Golden Retriever named Cassie.

Jamie is an expert on peak performance and leadership, specializing in the neuroscience and application of Flow states. He has advised everyone from the U.S. Naval War College and Special Operations Command, the athletes of Red Bull, and the owners of NFL,NBA, MLB, and Premier League teams to the executives of Google, Goldman Sachs, Deloitte, Cisco, and Young Presidents’ Organization. His work and ideas have been covered in The New York Times, Financial Times, Wired, Entrepreneur,Harvard Business Review, Forbes, INC, and TEDx. He has spoken at Stanford, MIT, the Harvard Club, Imperial College, the Bohemian Club, the United Nations, Singularity University, and Summit Series.

In his career in wilderness guiding, he has rescued people from the Atlantic Ocean during a hurricane, taken the youngest group of Americans ever to Camp III on the North Face of Mount Everest, and taken CEOs into the Grand Canyon for a week of wargames.

The Seattle Seahawks’ coaching staff have shared his leadership models during Super Bowl halftime and Navy SEAL instructors study Stealing Fire as required reading. When he’s not writing and leading courses, he, his wife Julie and two children, Luke and Emma (Olympic track elite swimmers) kitesurf, heli-ski and downhill mountain bike in the mountains and oceans of the world.