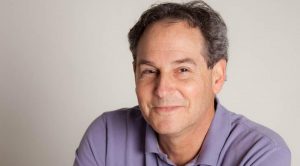 Martin A. Lee is the cofounder and director of Project CBD, an educational service that reports on cannabis science, therapeutics and political economy. A widely published writer, Lee is the author of Smoke Signals: A Social History of Marijuana – Medical, Recreational and Scientific, winner of the American Botanical Council’s James A. Duke Award for Excellence in Botanical Literature. Lee is also co-founder of the media watch group FAIR (Fairness & Accuracy In Reporting) and the author of Acid Dreams: The CIA, the Sixties and Beyond and The Beast Reawakens. His articles have appeared in Rolling Stone, Washington Post, Los Angeles Times, The Nation, Harper’s, Le Monde Diplomatique and many other publications. Lee has been a guest on more than 300 TV and radio talk shows and his work has been featured in several dozen documentary films. He has lectured at numerous universities and colleges in the United States and elsewhere.