Miguel Carrillo is the son of Marakame Pablo Carrillo and is a well-known musician for his tribe. Miguel has received the responsibility as Jicarero in the Tunuwame ceremonial center for 10 years. He works alongside his uncle, Dona Rafa, to represent the Wirikuta Preservation Project as appointed by the tribal government. They work in order to save the Peyote medicine and bring words of consciousness to the whole world. His art is known in museums and exhibits around Mexico and he now travels the globe to raise money and awareness for the future of Wirikuta and the Wixárika Nation. In 2019 Miguel’s family was chosen to speak at the United Nations on behalf of Wirikuta, the preservation of peyote, and their cultural heritage. It is now time that he is chosen again to represent his people and the sacred Peyote medicine. 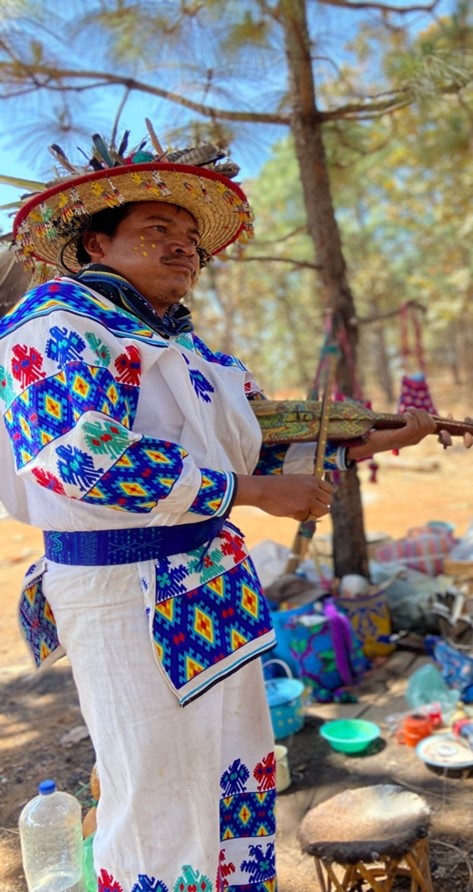