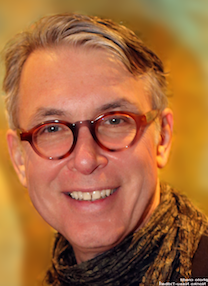 Oliver Hockenhull works in film, video, hyper media installations, writing, and design. He has taught at Northwestern University in Chicago and presented at Universities in Canada, the US, and Europe.

Most recently (2013/2014) he completed a double versioned feature documentary on psychedelics, “Neurons to Nirvana” which is currently screening around the world.

He began a meditation practice at 15, met and dialogued with Buckminster Fuller at the age of 17 and hit the road at 18. He is an initiate of various Yogas, received the darshan of Nisargadatta Maharaj in Mumbai in the late 1970’s, of the Sri Ramanashramam in 1996, and has been an “old student” of Vipassana since the first years of the movement in North America.

Oliver has been an enthusiastic & respectful student of spirit plants for decades and is intrigued about how proper use of plant entheogens can be beneficently integrated within the Western framework — and how they can help further understand and give utility to the complexities of Consciousness.

You can find out more about Oliver at www.shinynewfilms.com